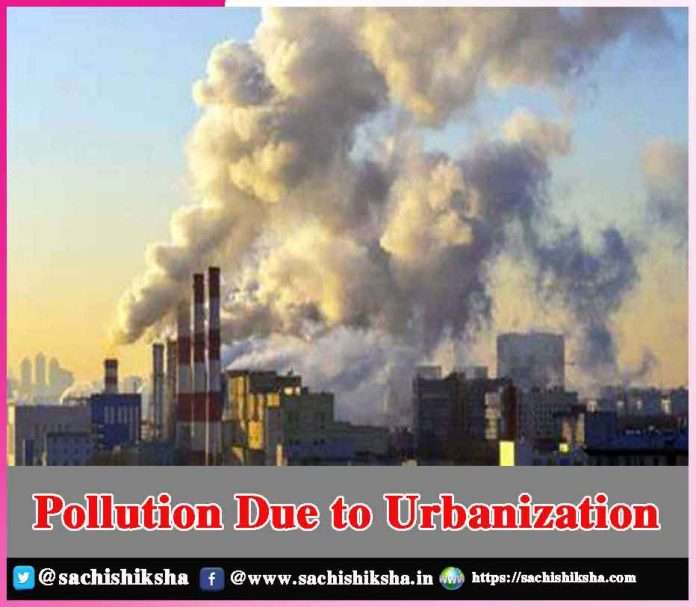 Introduction: The process of increasing the percentage of the population residing in urban areas is referred to as urbanization. The world is experiencing the greatest wave of urbanization in historical record. Presently, urban areas cover more than half of the world’s population. Urbanization results in significant social and economic progress.

Although urbanization is associated with a variety of human welfare outcomes, its impact on population health is less clear. While improved sanitation, infrastructural facilities, and health care access may advantage urban residents, they may also face other problems such as unhealthy habits and environmental degradation. 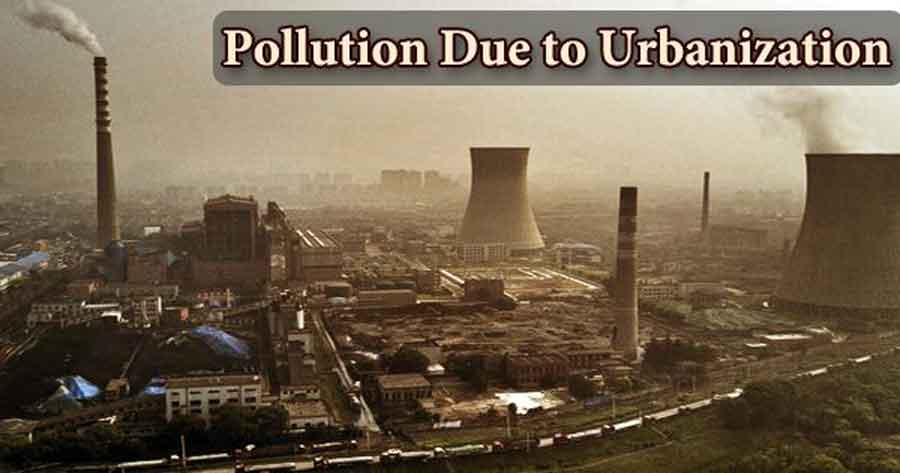 Reasons Behind Migration to Urban Areas:

People are drawn to cities for a variety of reasons, including the commitment of employment and economic success. Urban areas already house 50 percent of the worldwide people, and by 2050, two-thirds of the world’s population is expected to reside in metropolitan areas. However, in urban centers, two of the world’s most important issues converge: poverty and destruction of the environment.

The growing population density and requirements of urban environments aggravate poor quality of air and water, inadequate water accessibility, sewage treatment issues, and high consumption of energy. Powerful urban planning will be critical in dealing with these and other challenges as the world’s urban areas expand.

Air pollution is a major threat to the world’s society because it has a domino impact on individuals, healthcare systems, ecological systems, and financial systems in both developed and developing nations. Approximately 90% of citizens of the world reside in regions where air quality exceeds the World Health Organization’s (WHO) reasonable limit. Urban ecosystems are responsible for approximately 78% of all carbon footprint and significant air pollutants, affecting more than 50% of the world’s population.  According to a research study of 499 global cities, the mean annual density of fine particulates with an aerodynamic diameter of less than 2.5 m (PM2.5) within the most polluted places is nearly 20 times greater than in the cleanest town.

Numerous factors, including emission levels, atmospheric science, and physiochemical properties evolutions, can have an influence on regional air quality. A further important element is urbanization, which changes the dimensions, framework, and expansion of cities in reaction to population expansion, resulting in long-term problems with air quality.Unexpected settlements, waste management, natural catastrophe preparedness, transport planning, and the deterioration and smog of land and water resources, as well as quality of air, are examples of environmental issues. In urban and suburban areas, drastic pollution is caused by urbanization, insufficient care capacity, and the decommissioning of untreated sewage.

Vehicle emissions account for more than 90% of air pollution in developing-country cities. According to the air-quality index of India’s million plus cities, more than half of the cities have mitigate to poor air quality. Groundwater in India has deteriorated due to increasing population, rapid industrialization, urbanization, and agricultural production. With an increasing motorized vehicles of India, noise exposure has increased, which can have serious health implications.

Over the last 40 years, India’s urbanization has grown at an extraordinary speed. India’s urban population has nearly fivefold increased in the last 50 years (around 400 million people live in cities, in sharp contrast to 60 million in 1947). In India, 140 million people have migrated to cities by 2020, with another 700 million by 2050. By 2021, the number of Indian metropolitan cities has therefore risen from three (Mumbai, Delhi, and Kolkata) to six (including Bangalore, Chennai, and Hyderabad).

As the population increases, so does the ingestion of energy and other natural resources, which contributes to urban pollution. According to the State of World Cities Report (2012), Mumbai and New Delhi perform poorly in environmental and economic terms. As a result, Indian city populations are expanding at an unaffordable rate in comparison to other world cities such as Vienna and Tokyo.

Urbanization is a huge step forward for any nation, and it is and ought to be the primary goal of all nations. All individuals on the planet should have access to sufficient health care system, schooling, sanitation, nutrition, and wellbeing, and urbanization can assist us in achieving this goal. However, in the process of accomplishing this objective, we must not neglect that pollution caused by urbanization occurs and is highly hazardous for the planet. The wellbeing of neighborhoods, particularly in cities, is being impacted by air quality, as well as the climatic conditions in the surrounding areas.

Rising anthropogenic air quality is a clear challenge to our surroundings, and it is exacerbated by a population increase and reliance on petroleum and coal as energy sources. Toxins such as carbon dioxide, sulphur dioxide, and black carbon are having an increasing influence on the climate, as evidenced by modifications in the hydrological cycle, temperature, precipitation, and so on. Implementation of cleaner power sources such as natural gas, nuclear, wind, and geothermal energy, as well as new technology, can help to reduce anthropogenic pollution.

Illuminati – Something to Refrain From?

Amazing Benefits of Litchi Fruit: The Queen of Fruits