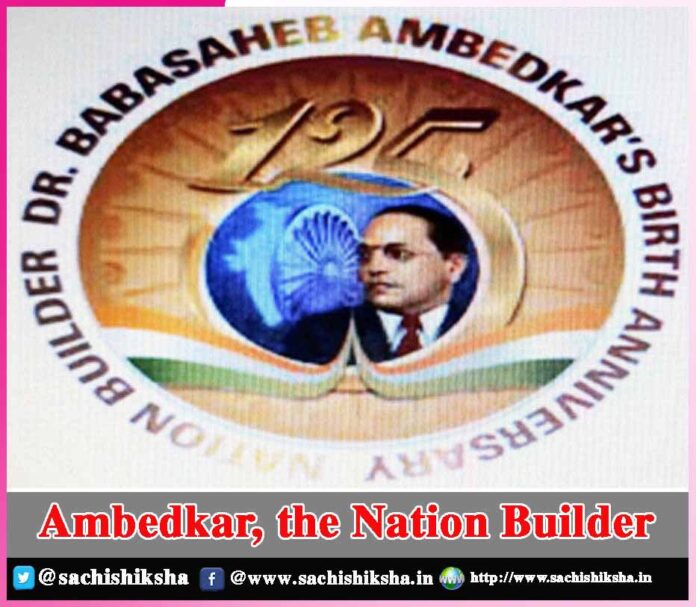 Dr Bhimrao Ramji Ambedkar was a nationalist figure whose ideas have an indomitable spirit and inspiration for every citizen for diving into the nation-building exercise. However, his role as a social reformer and as first law minister of India is primarily known.

Dr Ambedkar was undoubtedly the most suitable person for this job. He not only had vast knowledge about the Constitution, but he had studied constitutions of 60 countries.Still, he wore many hats as a distinguished economist, active politician, eminent lawyer, labour leader, great parliamentarian, fine scholar, anthropologist, learned professor and orator, etc among others. 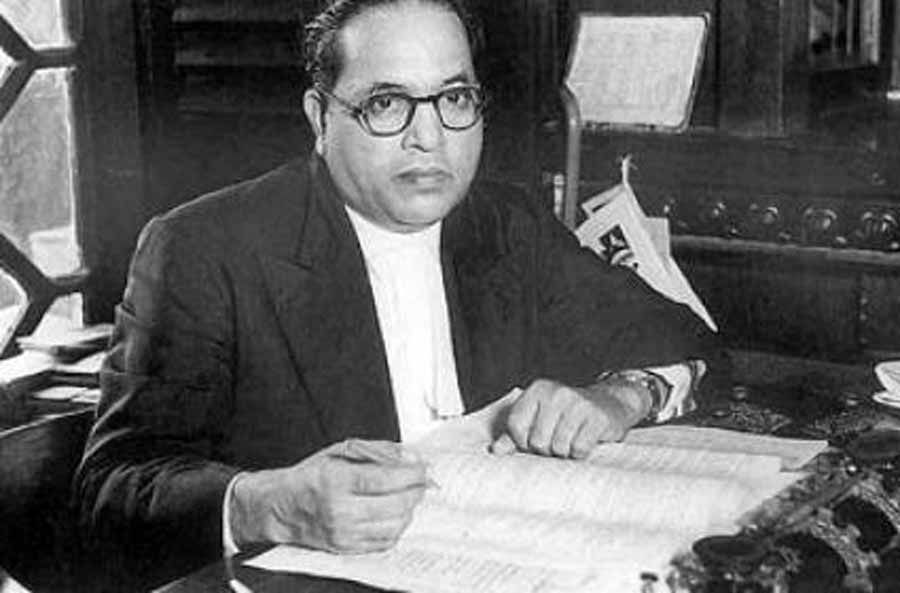 With the nation beginning of the Azadi Ka Amrit Mahotsav to honour the 75 years of Indian Independence, it becomes even more imperative to reflect on the multifaceted Babasaheb Ambedkar in entirety to grasp the gravity of his ideas, his role as a nation builder and actions taken thereupon, to strengthen the social fabric, building a just society and stronger nation.

Dr Ambedkar greatly pioneered as institution builder but didn’t get deserved attention in pages of history. The Reserve Bank of India, conceptualised from the Hilton Young Commission’s recommendation, which considered Dr Ambedkar’s proposed guidelines in his book ‘The Problem of Rupee – Its Origin and Its Solution.’

His farsightedness helped in establishing the Central Water Commission in the form of The Central Waterways, Irrigation and Navigation Commission (CWINC), Central Technical Power Board, Integrated Water Resources Management through establishing river valley authority which actively considered projects like the Damodar River Valley Project, the Sone River Valley Project, the Mahanadi (Hirakud Project), the Kosi and others on river Chambal and rivers of the Deccan region. The Inter-state Water Dispute Act, 1956, and the River Board Act, 1956 are his well thought out vision.

Dr Ambedkar was the reasoned voice of depressed class on every platform. As their representative in the Round Table Conference, he championed the cause of labours and improving the condition of peasants through their freedom from the clutches of cruel landlords.

During the Bombay Assembly’s Poona session in 1937, he introduced a bill to abolish the Khoti system of land tenure in Konkan. In Bombay, the historic peasant march to the Council Hall in 1938 made him a popular leader of the peasants, workers, and the landless.

He was the first legislator of the country to introduce a Bill for abolishing the serfdom of agricultural tenants. His essay titled ‘Small Holding in India and Their Remedies’ (1918) proposed industrialisation as an answer to India’s agricultural problem, which is still relevant in the contemporary economical debates.

He propagated his ideas of social equality, uplift of the downtrodden and eradication of illiteracy in his newspapers ‘Mooknayaka’ and ‘Bahishkrit Bharat’. The main objective of his ‘Samaj Samta Sangh’ was to eradicate the evil of untouchability from Hindu society. In December 1927, he successfully led the ‘Mahad Satyagrah’ to ensure the civic rights of untouchables of drawing water from public wells.

For promotion of education of depressed classes, he established the ‘Depressed Class Education Society’ in 1928. Apart from education, he laid emphasis on the character building. He believed that an educated man without character was no less dangerous than a beast.

As a member of the Bombay Assembly, he opposed the introduction of the Industrial Disputes Bill, 1937, as it removed the workers’ right to strike. As a labour member, he advocated for ‘fair condition of the life of labour’ instead of securing ‘fair condition of work’ and laid the government’s labour policy’s basic structure.

His efforts resulted in bringing out progressive labour welfare measures and brought them under the ambit of social security. He significantly contributed to reducing of working hours to 48 hours per week, lifting the ban on employment of women in coal mines, introducing the provisions of overtime & paid leave, fixation & protection of minimum wage, establishing the principle of ‘equal pay for equal work’ irrespective of sex, ensuring maternity benefit, constituting the labour welfare fund acknowledgment of trade unions etc.

Speaking on the third reading of the draft constitution, Babasheb said in voice choked with emotion, “On 26th January, 1950 India will be an independent country.” This was welcomed with an uproarious cheer from the house.

Ambedkar vehemently opposed the communist labour movements, their extra-territorial loyalties’ and their Marxian approach to control all means of production.  He fought for the fundamental rights of the lower castes and worked for their uplift. He promoted education and struggled to seek equality for the untouchables to enter temples.

His advocacy for universal adult franchise ensured women’s voting right immediately after independence. His Advocacy for Hindu Code Bill was a revolutionary measure towards ameliorating women’s condition by conferring the adoption and inheritance of property rights.

As a strong supporter of strengthening national integrity and sovereignty, he opposed the idea of Jammu & Kashmir’s special status at the planning stage itself, and didn’t even include it in the draft of the constitution. He clearly expressed dissatisfaction over Nehru’s foreign policy for taking the J&K matter to the United Nations Organization.

He was in support of the introduction of a uniform civil code. He debated in Assembly in favour of the same. But when the Assembly withheld his drafted Hindu Code Bill, he resigned from the Union cabinet on 10 October, 1951.

The larger-than-life persona of Dr Bhimrao Ramji Ambedkar has guided the nation in all spheres through his radiating wisdom on all matters pertaining to human existence. Through a different worship system, he embraced the Indian cultural values of kindness, generosity and compassion through Buddhism.

He was the founder of the Independent Labour Party and the Scheduled Caste Federation.  He also contributed to the Finance Commission of India. His line of thinking is reflected in the pro-people, pro-poor and public welfare policies & programs of the government led by Prime Minister Narendra Modi.

The Central government is leaving no stone unturned to improving and easing life of citizens through their social, economic and political empowerment. The development of Panchteerth (that is, Janam Bhumi Mhow), Shiksha Bhumi (London), Chaity Bhumi (Mumbai), Diksha Bhumi (Nagpur), Mahaparinirwan Bhumi (Delhi), steps to bestow appropriate legacy and honour to the nationalist reformer.

Dr Ambedkar was posthumously awarded the Bharat Ratna in 1990. He was a scientist, sociologist, freedom fighter, journalist, human rights activist, philosopher, and much more. Even today, Babasaheb is an inspiration to young lawyers across the world.

Sachi Shiksha - 10 months ago 0
Rome Was Not Built In a Day Introduction: The English author John Heywood's concluded that "Rome wasn't built in a day, yet they were laying...

Sachi Shiksha - 10 months ago 0
Dera Sacha Sauda, an organization known for confluence of all religions, delivered a great and unique massage of worldwide awareness for the utilization of...

Financial Challenges for People with Disability