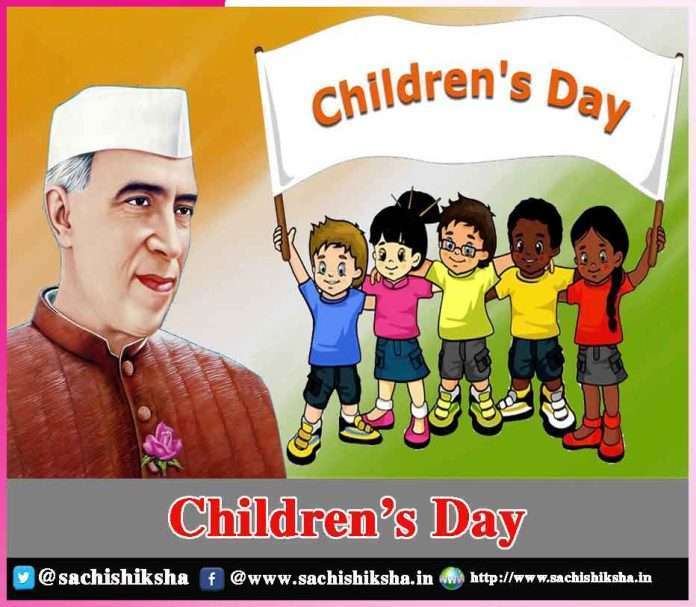 Children are the most honest creatures on the planet, with adorable joy, happiness and mischievous behaviour. Every parent wants their child to achieve success in life by teaching him or her important life lessons.

Every parent should indeed teach their child some words of wisdom and essentials as a part of the learning process. Children’s Day is an excellent opportunity to make them feel welcome and willing to understand what you have to say.

Children’s Day always brings us back to our childhood, when life was carefree and the sole stress we had was submitting academic tasks the next day. Life was a bit like a coloring box, with a diverse array of bright colors all rolled up together. It was unquestionably the most wonderful time of our life. To commemorate this day, schools host various contests, music, and dance performances. Toys, candy, and other giveaways are also distributed among the kids. Children’s Day highlights the importance of knowledge and learning for all children in the country. A child’s first lesson begins at home, under which their parents serve as teachers.

Each year on November 14th, Children’s Day is observed to honor India’s first Prime Minister, Pandit Jawaharlal Nehru. Children idolized him and affectionately referred to him as “Chachaji.” This day is also regarded as “Bal Diwas” Although there is no conclusive reason why children acknowledged him as “Chachaji,” the main reason is children’s appreciation for the beloved Prime Minister. A further possible explanation is that Jawaharlal Nehru had a close relationship with Mahatma Gandhi and regarded him as an elder brother.

Prior to 1964, India observed Children’s Day on November 20th. After the passing of our beloved Prime Minister on May 27, 1964, the Indian Parliament announced Pandit Jawaharlal Nehru’s birth anniversary as Children’s Day. Everybody grew up knowing he was remarkably popular among children, so the Indian government chose to proclaim his birthday Children’s Day so that individuals can comprehend his devotion to children. Nehru never marginalized against kids of any religious practice, caste, creed, or color. Every child was inherently important and skilled in his eyes. We must all emulate the unique qualities that distinguished India’s first Prime Minister.

We simply do not have the resources in our lives these days to splurge time with children and endeavor to comprehend them. Children create us to a completely different viewpoint on life, which is sorely lacking in ours. We can take lessons from Jawaharlal Nehru’s supreme character, as he constantly conversed with children and sought to comprehend their perceptions and hopes for the future.

He is one of the greatest Prime Ministers our country has ever had. Nehru was a staunch supporter of his children’s future. He considered children to be the great strength of a nation and the cornerstone of any community. As a result, various educational and incentive programmes are now being carried out on this day.

Nehru’s love for his children is exemplified by his establishment of the Children’s Film Society in India in 1955. This company is well-known for producing children’s films and television shows. CFS’s most well-known films include Nani Teri Morni, The Cake Story, Yeh Hai Chakkad Bakkad Bumbe Bo, and numerous other films.  Dr. Charles Leonard established Children’s Day in 1957. Though many nations observe Children’s Day on June 1, Universal Children’s Day is observed on November 20.

Nehru` Contribution in the Field of  Education:

Nehru pushed for the establishment of several of India’s most prestigious academic institutions, including AIIMS, IIT Kharagpur in 1951, and IIM Kolkata in 1961. He was tireless in his pursuit of his aspiration of Modern India. New India can only possess strong pillars if India has a sound educational system. Nehru left a legacy of education for the youngsters of India.

Nehru is substantial in Indian history because he imported and conveyed modern sensibilities and approaches to thinking. He also modified them to Indian circumstances. Amidst the ethnic and religious diversity of India, he underlined the country’s fundamental unity. Nehru was sincerely worried with ushering India into the modern period of scientific exploration and technological advancement.

He also inculcated in his people the importance of providing social care for the poor and social misfits, as well as regard for democratic principles. All through his 17 years as Prime Minister, he emphasized the significance of India accomplishing both democracy and social democracy as the shining principle.

Govt`s Effort to Save  Children:

The Government of India has already taken remarkable actions to  improve the situation, having accepted the India Newborn Action Plan, launched Mission Indradhanush with the goal of immunizing all non vaccinated and partially-vaccinated children and pregnant women by 2022, begun create a brand-new National Nutrition Strategy, and declared the incorporation of four new vaccines in its Universal Immunization Programme (UIP).

Conclusion: Although there appears to be broad public momentum for improving India’s nutrition and health findings, we have to energize wide ranging assistance and time-bound action on these concerns. Most importantly, we must promote political faith around these problems in order to enable greater priorities of wellness and nutrition-focused initiatives in budgetary methods and assessment and monitoring mechanisms.

To translate our political activism into activity on the surface, we will require the help of all infant and child mortality and adolescent mental health winners. The new start we’ve decided to make this Children’s Day will only be worthwhile if we all work together.