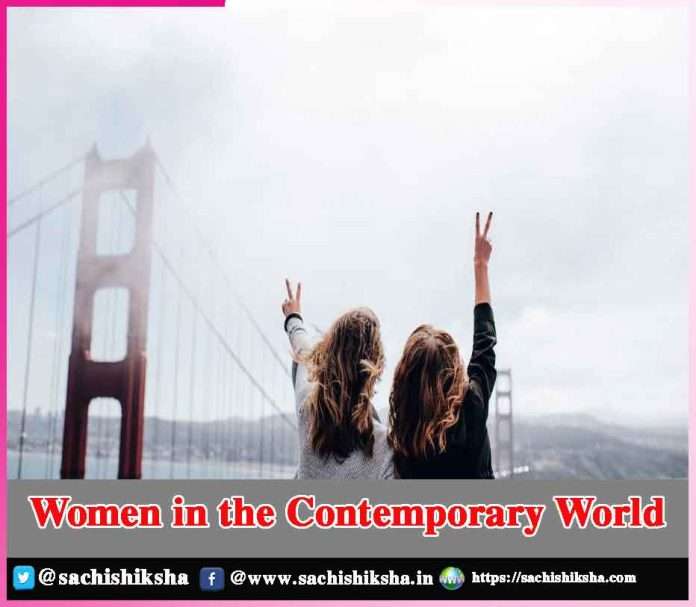 Women in the Contemporary World

Introduction: We hear a lot about women’s empowerment in the contemporary world. However, this concept is not new. For a long time, people have fought for the rights of women. Gandhiji believed that a nation would not progress if its women are not considered equal to men. 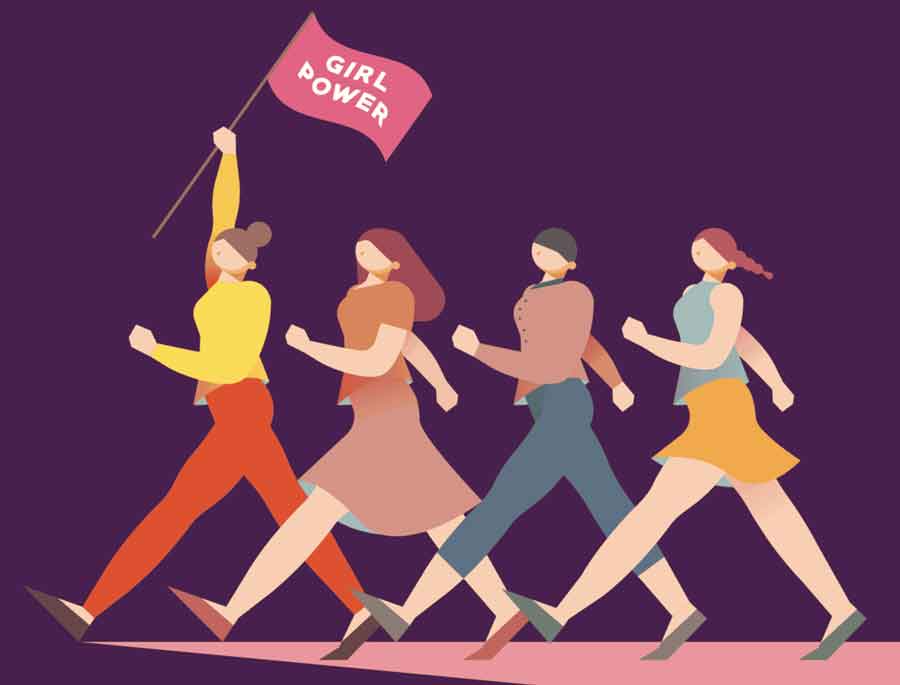 Women empowerment means giving women social, political, and economic rights. The very basis of women empowerment is empowering them in society. Until and unless society considers them equal to men no matter how much women progress in their careers or professions they would never feel empowered. Society expects women to match certain standards and fit into certain parameters and perform certain duties.

This is gender bias. Society looks at them with the lens of not a human being but the lens of a female who has to perform certain duties to be “good woman”. It unsolicitedly gives them a baggage of responsibilities that it expects only her to fulfill and not someone else. Society projects them with responsibilities, duties, and morality  to behave in a certain way. This is a very disturbing thing to do because it has long-term repercussions. We might not realize what happens because of these expectations but in the long term, it has consequences.

Respect the Rights of Women in Households:

Even in a household, a female needs to be respected and her choices must be given importance. We have come out a long way from the shackles of child marriage. In earlier times females getting married to males at a very young age showed how their rights were not respected; these rights being the right to education and the right to life of dignity. A confident female is raised in a household that respects her choices and educates her so that she can live her life with her head held high and completely utilize her capabilities and recognize her talents.

There is also now some awareness about the fact how much a  female’s work in a household goes uncredited. Families are mostly ungrateful for a female’s work and all the sacrifices for them. They think these duties come as an obligation with being born as a woman. NCRB recognizes that in India 56% of women are domestically violated and abused by their family members and husbands.

70% of these women belong to rural areas. The inference might be drawn as follows-

Females are not educated in rural areas and females are not aware of their rights in rural areas. Women’s health services, already poorly funded, have faced major disruptions. Violence against women remains endemic. And despite women’s leadership in responding to COVID-19, they still trail men in securing the decision-making positions they deserve

When we talk about economic rights, a woman needs to be economically independent to make the right choices and live the life she intends to. Most of the time she is at the mercy of a man or is subjugated by her husband because she knows that she is not economically sound and she won’t be able to survive without her husband. Hence, economic rights are a result of how much a woman is educated or made aware of by the family she is born in.

Government can ensure economic rights to females by gender budgeting and streamlining the budget in a way that sufficient employment opportunities are given to females and their rights are respected in the informal or unorganized sector of the economy. Equal wages must be ensured for women working in the unorganized sector and maternity must be provided along with post-maternal care and crutches must be ensured at her workplace. Proper breaks must be given in between long hours to her if she works as a laborer in an unorganized sector to feed her child and take care of her infant. These rights would surely incentivize a female to take jobs and be economically sound. Not only this, she must be incentivized to open bank accounts and save money.

Awareness about self-help groups should also be provided. We are not unaware of a large number of women-run self-help groups that can raise large sums of money and fund their member’s activities.  At the same time, credit facilities should be provided at a cheaper interest rate to a female. Female entrepreneurship must be encouraged through government schemes and lucrative tax rebates and credit facilities.

Female-run MSMEs must also be encouraged. The attendance count of females must be improved in schools. Better academic opportunities should be provided. Menstrual guidance and reproductive health should be an area of focus for teachers and primary health care providers so that females don’t drop out of school out of panic.

Political rights are rights for women in the political arena. These come at the top of the pyramid as unless the foundation of social and economic rights is strong enough there would be no bedrock for a female to be given political rights. Political representation of women across the world is very less.

The political representation of females in India is as low as 3%. Women in top positions where they make decisions and help in the process of policy formulation and facilitate the government to run the country are very few. This is because of  lack of education and also  lack of trust in them. The gender obligations that come up on women after they are born are indeed a hindrance to their progress.

Women empowerment can be achieved by accepting women’s viewpoints, making an effort to raise the status of women through education, awareness, literacy, and training. It won’t come without the involvement of various stakeholders. It is not the duty of only the government. It begins from the very grassroots with the society having a progressive outlook. We live in a world which commands on role bias.

It requires us all to be equal and empowered to make it a better place. A robust policy framework, dispersing civic awareness, and education concerning the empowerment of women can usher in accomplishing the desired missions in eradicating the plight of women in Indian society.

Is Corona Virus Vaccine Safe? And Why Covid-19 Vaccines were Developed Faster?

Importance of Education in Our Life