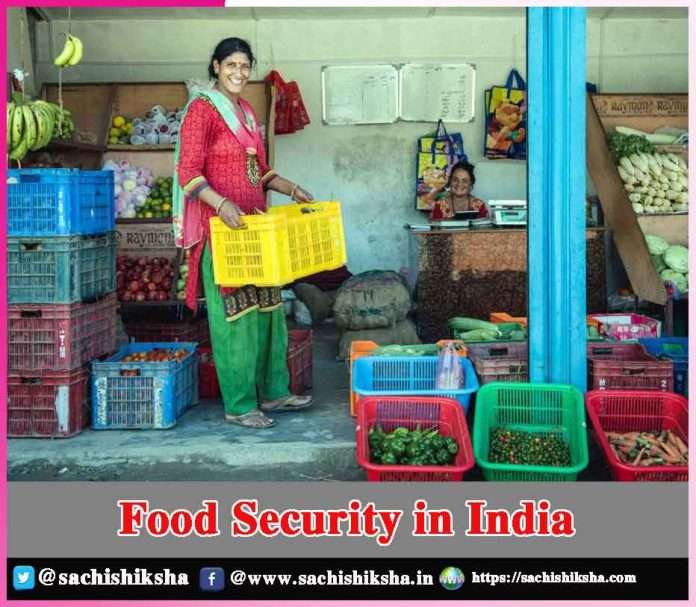 Introduction: Food security was a major challenge for the country after independence. Poverty had grappled the country. One of the many manifestations of poverty is starvation. After the second five year plan the green revolution was in full swing due to which agriculture improved manifolds.The innovative techniques and the high yielding varieties also called HYV crops improved the state of agriculture in the country. 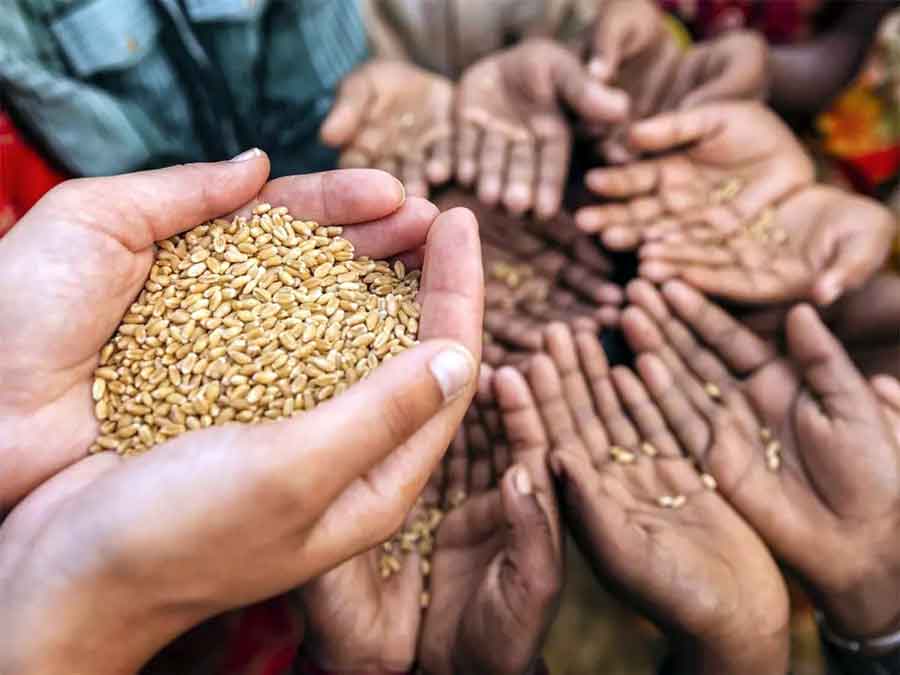 The Ministry of Consumer Affairs, Food and Public Distribution which takes care of the PDS or the Public Distribution System has improved and developed systems to streamline this scheme so that it reaches the downtrodden effectively. The TPDS in the 1990’s was formulated specifically to target beneficiaries that were in dire need of food grains. The PDS is not an isolated program in itself but it encompasses systems that are interlinked.

The government first procures food grains from the farmers at a minimum support price or MSP. The Food Corporation of India (FCI) is vested with the responsibility of storing the grains in warehouses and transporting them in the states and distributing them to various ration shops (Fair Price Shops). Then, these ration shops give food grains to the designated beneficiaries. Once the food grains are procured from farmers, the Food Corporation of India (FCI) sells the food grains at lower subsidized prices also known as Central Issue Prices (CIP).

It is sold to people from economically weaker sections of the society through Fair Price Shops under the Public Distribution System. Currently, food subsidy covers 81 crore people. Under the PDS, presently the commodities namely wheat, rice, sugar and kerosene are being allocated to the States/UTs for distribution. Some States/UTs also distribute additional items of mass consumption through the PDS outlets such as pulses, edible oils, iodized salt, spices, etc.

The National Food Security Act, 2013 has been made to ensure outcome oriented approach of food security. The mid day meal scheme has incentivized school admissions and also tries to ensure nutritional requirements of the poor.

It makes special provisions for children between the ages of 6 months and 14 years old, which allows them to receive a nutritious meal for free through a widespread network of Integrated Child Development Services (ICDS) centers, known as Anganwadi Centres. It covers 75% of the rural population and 25% urban population. Antyodya Anna Yojana is meant for the poorest of poor and provides for 35 kg grains per household per month.

Food security means something more than getting two square meals. It has following dimensions:

Thus, food security is ensured in a country only when sufficient food is available for everyone and if everyone has the means to purchase food of acceptable quality and quantity.

India has ranked 101 among the 116 countries on the Global Hunger Index, 2021. According to FAO estimates in “The State of Food Security and Nutrition in the World, 2018” report, about 14.8% of the population is undernourished in India. About 44% of children in India are undernourished.

Many of them suffer from wasting and stunting. According to WHO It usually occurs when a person has not had food of adequate quality and quantity and/or they have had frequent or prolonged illnesses. Wasting in children is associated with a higher risk of death if not treated properly. Stunting is defined as low height-for-age.

Although the Government of India has been actively addressing food security at households for a long time through the Public Distribution System and the National Food Security Act (NFSA) 2013, there are still gaps and leakages in Food Security in India amidst increasing population, climate change and global supply chain disruption due to Russia-Ukraine War and pandemic that needs to be addressed.

Despite the government’s steps to ensure food security, we are still far from being food secure because of many reasons like corruption, black marketing, traditional farming methods, less storage space with FCI, increased expenditure on transportation etc.

Use of ICT Tools:

There have been diversions in food grains and instances where actual beneficiaries don’t receive the benefits. This can be improved by deploying the use of technology. Digitizing ration cards would be a great step to eliminate use of fake cards and seeding them with Aadhaar will help better targeting. Using ICT tools to verify whether the beneficiaries have got the grains is one good step.

Increase the procurement undertaken by states known as Decentralised Procurement (DCP), and reduce the expenditure on centralized procurement by the Food Corporation of India (FCI). Replace the Targeted Public Distribution System with Direct Benefit Transfer of food subsidy. This will prevent corruption and reduce government’s expenditure. Active involvement of the panchayats in the PDS can largely improve access at the village level and improve the functioning of Fair Price Shops and help the beneficiaries reap its benefits.

Not only this the MSP regime also has its disadvantages. Since it is for a few crops it discourages crop diversity. This puts immense pressure on the water table as these crops are highly water-intensive. Due to the possibility of increasing nutritional imbalance in food grains, the Government must expand subsidies and include other protein-rich food items like pulses, millet etc.

Lastly, Food security is defined as “ensuring that all people have access to sufficient, safe, and nutritious food at all times in order to live a healthy and active life.” Right to Food is implicitly provided under article 21. Government should make sure that food as the basic necessity is provided to all regardless of caste, gender, religion etc. It is not only about providing 2 square meals but also providing quality food to the needy. India should also align with programs of World Food Program, Food and Agriculture Organization to better fulfill the commitment of Sustainable Development Goals.