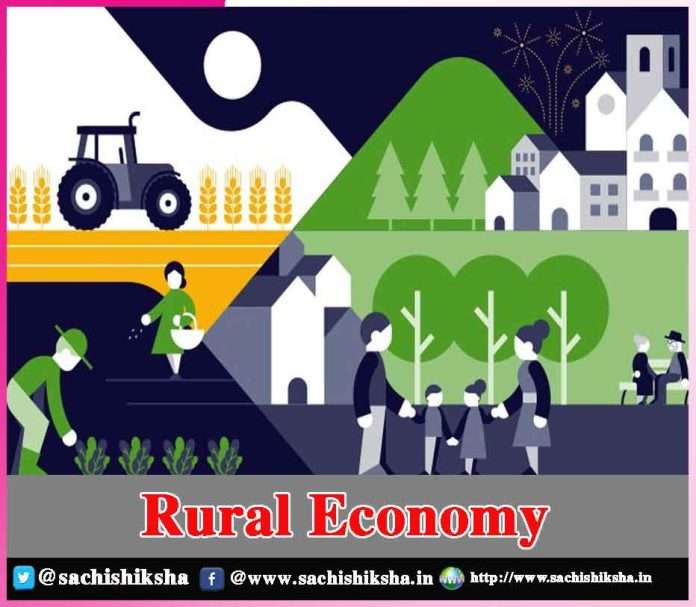 The Manufacturing and Service Sector involves very less people yet they have provided more impetus than the primary sector. But rural economy is being encouraged as a lot of potential in the rural society is yet untapped and it is important to address the needs of the rural population as our villages are the real India. Gandhi Ji was a big supporter of village economy and growth through the grassroots. 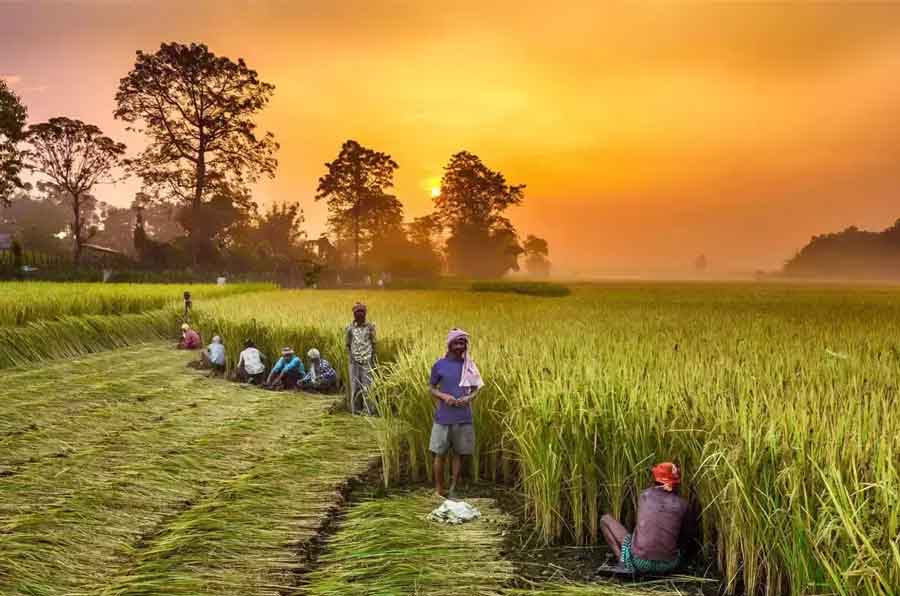 Rural sector is majorly Agrarian in nature. That means most of the people are involved in agricultural activities. Agriculture is the largest sub-sector in the rural economy, contributing approximately 37% of total rural GDP in 2019–20. Other activities include livestock, animal husbandry, trade, art and craft etc.

The MGNREGA(Mahatma Gandhi National Rural Employment Guarantee Act) has given a lot of employment opportunities to people belonging to the rural areas under schemes like PMGSY (Pradhan Mantri Gram Sadak Yojana) which also has further boosted the economy by increasing the connectivity in rural areas. About 225,000 kilometers of new roads have been built in the last five years, bringing the total of new roads to 681,000 kilometers. India’s rural ecosystem is large and growing steadily. The rural economy contributed nearly half the nation’s overall GDP in 2019–2020 and employs 350 million people (68% of the total workforce).

Changes and Progress in the Rural Economy:

Over the past decade, the rural ecosystem has evolved and progressed significantly, driven by multiple government and private sector initiatives and PPP model. There have been continued improvements in physical infrastructure, connectivity with significant advancements in digital infrastructure and digital literacy. This is attributed to the digital revolution which has facilitated effective services with transparency and better grievance redressal.  The formation and development of farmer producer organizations (FPOs).

FPOs are becoming critical access points to farmers, and can generate awareness and support new initiatives. Initiatives like ENAM (online trading platform for farm produce), better research, biotechnology, Krishi Vigyan Kendras have helped in boosting the rural economy. The need for faster and better access to cash and credit is increasing. While cash is still the dominant method of payment in rural India, Unified Payments Interface (UPI) transactions doubled in the past year.

Villages have also preserved their artisanal skills which not only make them economically sound but also add to the already rich and composite culture of the country. One of the many things that India boasts of is its generational skills in art and crafts, which are more than just visually appealing. Pottery and handicrafts are a perfect example. Many SHG(self help groups) by females accumulate funds to credit the members’ economic activities. FPO’s and SHGs have boosted the rural economy by providing credit facilities.

Females have also been involved in agricultural activities. They are involved in post harvest activities like sieving, storing grains, winnowing etc. They even work in the food processing industries near the farms. Some schemes like Deen Dayal Upadhyay Grameen Kaushal Yojna, Antyodaya Anna Yojna (AAY), Pradhan Mantri Awas Yojana – Gramin, National Rural Livelihood Mission, MGNREGA, Bharat Nirman etc. are made by the government for rural development of India

aims at developing such rural areas by provisioning of economic, social and physical infrastructure facilities.The Mission aims at development of 300 Rurban clusters, in the next five years. The objective of the National Rurban Mission (NRuM) is to stimulate local economic development, enhance basic services, and create well planned Rurban clusters. NSAP represents a significant step towards the fulfillment of the Directive Principles of State Policy enshrined in the Constitution of India which enjoin upon the State to undertake within its means a number of welfare measures.

These are intended to secure adequate means of livelihood, raise the standard of living, improve public health, provide free and compulsory education for children etc.

The International Labour Organization says that the rural economy holds significant potential for creating decent and productive jobs and contributing to sustainable development and economic growth. It accounts for a significant share of employment and output in many developing countries. Rural economy must be encouraged to eradicate poverty and to promote growth and development. Per capita income must be focused to ensure development of one and all.

This is recognized in the 2030 Agenda for Sustainable Development, which is set to increase attention towards rural development and agriculture and food security in particular. Hence, the rural economy is being encouraged by the government but there are still lapses in the implementation of the schemes.

The discrepancies should be looked into and treated so that growth and development in the economy takes place. Rural economy must be primarily focused because of the large number of people involved and also to tap India’s demographic dividend which is going to be in our favor. Science and technology along with research and development oriented growth should be focused to ensure promising results.

Sachi Shiksha - 5 months ago 0
Rome Was Not Built In a Day Introduction: The English author John Heywood's concluded that "Rome wasn't built in a day, yet they were laying...

Tips to Have a Great Home Garden

Things That Lockdown Taught Me