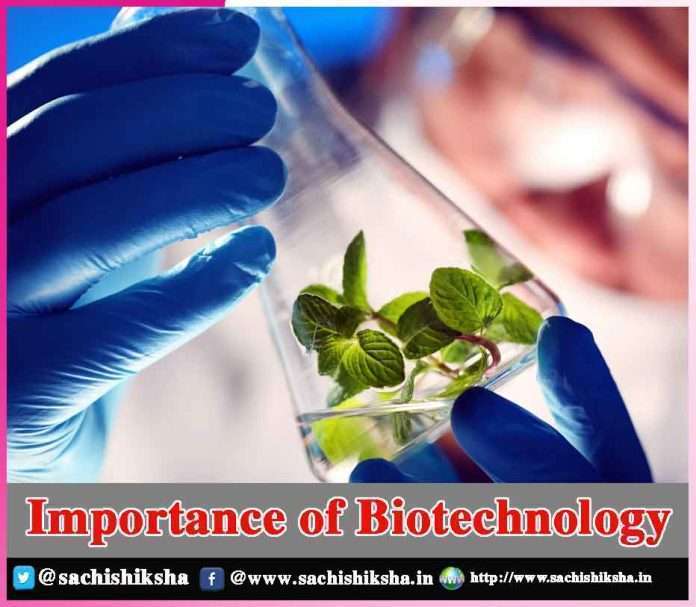 Introdduction: Biotechnology is a branch of science and technology that deals with the use of living organisms or parts of this to develop or create products useful for humans.

Traditional processes usually utilize the living organisms in their natural form (or further developed by breeding), whereas the modern form of biotechnology will generally involve a more advanced kind of modification of the biological system or organism.

Other than that, biotechnology also deals with the industrial-scale production of bio-pharmaceuticals and drugs using genetically modified microbes, fungi, plants, and animals. It has various applications massively advantageous with a huge scope of research and development. The applications of biotechnology include diagnostics, therapeutics, genetically modified crops for agriculture, processed food, bioremediation, waste treatment, and energy. 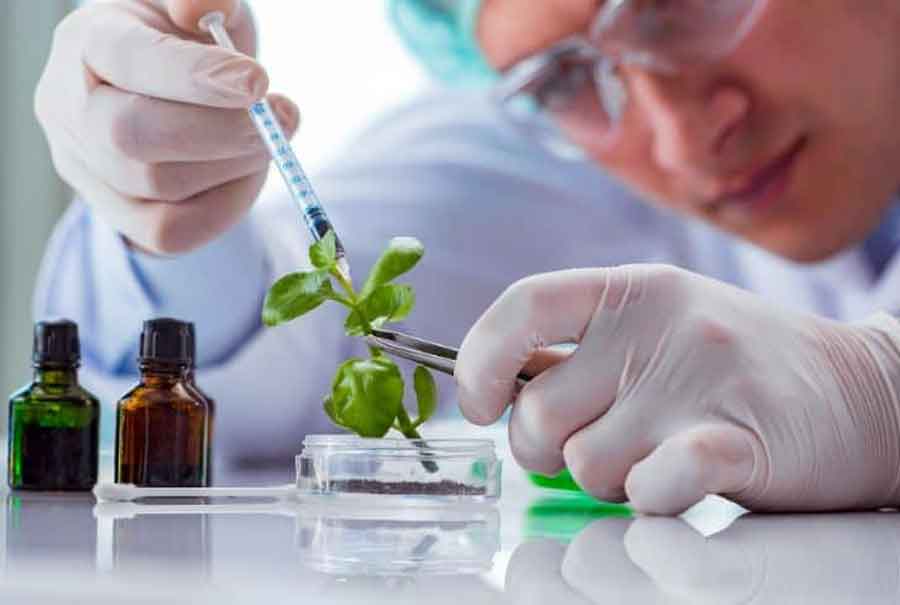 The use of biotechnology is a great help to farmers. It will help farmers to switch from conventional farming to modern methods of agriculture. The understanding and application of biotechnology and genetics will help farmers to obtain maximum yield from their fields and grow pest-resistant crops. It would also help them to minimize the use of fertilizers and chemicals so that their harmful effects on the environment are reduced.

It has made crops more tolerant to abiotic external stresses like cold, drought, salt, heat, etc.

It has also reduced reliance on chemical pesticides because these crops are pest-resistant. Besides, it has also helped to reduce post-harvest losses.

Biotechnology has a huge application in agriculture because it has the potential to lessen the usage of pesticide dependence on plants by bringing in the use of modified bio pesticides like Bt toxin. It is produced by a bacterium called Bacillus thuringiensis.

Bt toxin gene has been isolated from the bacteria and been expressed in plants to provide resistance to insects without the need for insecticides. Eg. Bt rice, Bt corn, cotton, tomato, potato, and soybean. Another strategy adopted to prevent infestations is based on the process of RNA interference (RNAi). RNAi is used as a method of cellular defense. This method involves the silencing of a specific mRNA due to a complementary dsRNA molecule that binds to and prevents translation of the mRNA (silencing).

Another application of biotechnology is Gene Therapy which is extremely helpful in curing those diseases which were erstwhile incurable. Gene therapy is an attempt to do corrective therapy in a person born with a hereditary disease. It is a collection of methods that allow the correction of a gene defect that has been diagnosed in a child/embryo. In this process, genes are inserted into a person’s cells and tissues to treat a disease.

Correction of a genetic defect involves the delivery of a normal gene taken from a donor person with the correct gene into the individual or embryo to compensate for the non-functional gene and take over its function. It has been used to cure adenosine deaminase (ADA) deficiency which causes Severe Combined Immunodeficiency Disorder. The attempt to treat adenosine deaminase (ADA) deficiency is successful with biotechnology’s help.

Recombinant DNA technological processes have made an immense impact in the area of healthcare and medicine. It enables the mass production of safe and effective therapeutic drugs. These recombinant therapeutics do not induce unwanted immunological responses and side effects as in the case of similar products isolated from non-human pharmaceutical products. It has been revolutionary in the production of Genetically Engineered Insulin. Another application of biotechnology is Diagnosis.

It is very helpful to timely diagnose a disorder or a disease at the molecular or genetic level to cure diseases. The presence of a pathogen like bacteria, viruses, etc. is normally suspected only when the pathogen has produced a disease symptom. However, the concentration of pathogens is already very high in the body. With a molecular diagnosis, even a very low concentration of a bacteria or virus can be detected by amplification of their nucleic acid by PCR. Molecular diagnosis is being conducted for the effective examination and treatment of diseases. Eg. Polymerase Chain Reaction (PCR) to detect HIV AIDS, Recombinant DNA technology, Enzyme-Linked Immuno-Sorbent Assay (ELISA), etc.

Another application is transgenic animals. Transgenic animals are those animals that have a DNA that is manipulated to express an extra gene to serve as models to study diseases. Many transgenic animals are designed to help us understand how genes contribute to the development of disease. These are specially made to serve as models for human diseases so that investigation and research for new treatments for diseases are made possible. Transgenic models exist for many human diseases such as cancer, rheumatoid arthritis, Alzheimer’s, and cystic fibrosis.

In India, the Department of Biotechnology manages and administers most of the programs of the biotechnology sector. It is under the Ministry of Science and Technology & its objectives are:

To provide services and help in the areas of research, infrastructure, generation of human resources, promotion of industries, and creation of centers of excellence. It also ensures the implementation of biosafety guidelines for genetically modified organisms, and recombinant DNA products for societal benefits.

To establish an information network and administer collaboration of various stakeholders for the Bioinformatics mission of India in the scientific community, nationally and internationally.

The Genetic Engineering Appraisal Committee (GEAC) functions under the Ministry of Environment, Forest, and Climate Change (MoEF & CC). It is responsible for the appraisal of activities that involve the use of hazardous microorganisms and recombinants in research and industrial production from the environmental angle. The committee is also entrusted with the duty and responsibility of appraising proposals relating to the release of genetically engineered (GE) organisms and products into the environment including experimental field trials.